What is Jock Itch?

“The question "What is Jock Itch" is on the mind of many men that experience an uncomfortable itch and rash in the groin and inner thigh. The root cause of the problem is a fungus called tinea cruris, which you may also know by the name ringworm. Interestingly, your body normally plays host to various bacteria and fungi. Some are useful to the body. Others however, grow out of control, and may cause infections. Tinea cruris loves warm, moist locations and may also be triggered by the friction of clothing and sweating in the groin area. Often the infection spreads form the person's feet (athletes foot). If it goes untreated, the ringworm rash will spread over a larger body area.  Jock itch is contagious and is seen in men and women.” 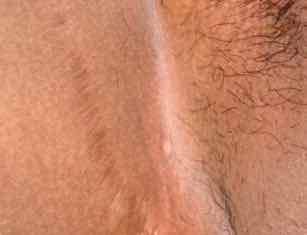 Jock itch is a fungal infection found in the groin.
Source of Pictures of Jock Itch: Wikimedia Commons

The causes of jock itch are legion and may include the following:

The odds of getting jock itch increases if you:

What is Jock Itch Symptoms and Treatment 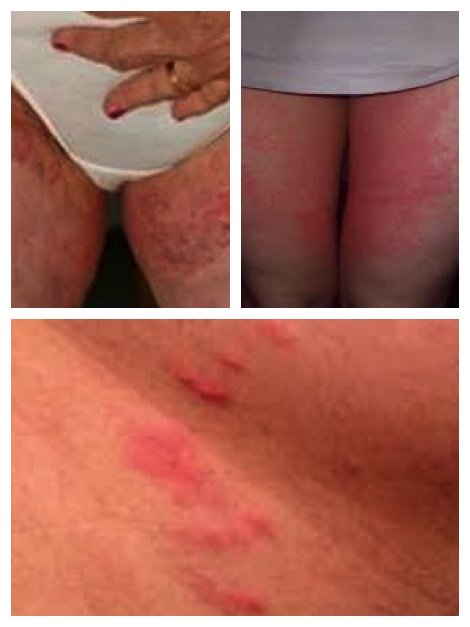 The first signal that you may have jock itch will be the annoying and distracting itch itself. Your symptoms may include:

Jock itch usually is not seen on the scrotum itself, just on the thighs, pubic region and then the buttocks. 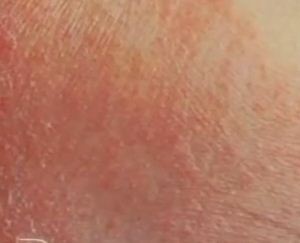 In order to accurately diagnose jock itch, the doctor will need to do a complete exam. It’s not just a matter of looking at the groin area, as there may be other things going on at the same time that are causing the groin itch. Typically, the physician will try a Jock Itch treatment, to see if your rash responds. If it does, all is well. If it does not, a complete medical history needs to be done, along with lab tests.

Lab tests may include taking a close look at the skin under a Wood’s lamp (long wave ultraviolet light), taking skin scrapings to examine under a microscope, fungal cultures and blood sugar levels and a complete blood count. Often rashes have other sources, despite the fact that they “may” look like jock itch.

The doctor will also want to know your HIV status, your sexual history, sports activities, frequency of swimming, travel to foreign locations, medication history (past and current) and a thorough look at all other areas on your body where a rash may originate – under the breasts, armpits, elbows, feet, waist, groin and anus. They will also want to know what, if anything, you have done at home to treat the jock itch.

Conditions that need to be ruled out when diagnosing Jock Itch include: Scabies (Top) or Jock Itch (bottom). Scabies looks like a tunnel where a mite has burrowed into the skin. Jock itch is a rash with distinct borders.

Scabies are caused by a burrowing mite. The mites are not visible to the naked eye and can cause symptoms that can last for months or years. Scabies cause blisters and red bumps and can be seen in the genital area. The bumps will look like tiny thread like projections that are called tunnels or burrows.

Jock itch is caused by a fungal infection. It causes round rings in areas of the body where there is heat and moisture.

The easy way to cure jock itch is to try an over the counter treatment creams formulated to get rid of the condition:

For severe infections, the doctor may prescribe Itraconazole or Fluconazole; drugs you may know as Sporanox and Diflucan. Be cautious of side-effects with these drugs. Bacterial infections will need oral antibiotics, such as erythromycin.

Treatment is needed for 3 to 4 weeks in order to achieve a cure.

Prevention involves keeping the groin clean and dry. Tips include:

Learn From These Brochures

What is Jock Itch?
by: Skin Care & Health